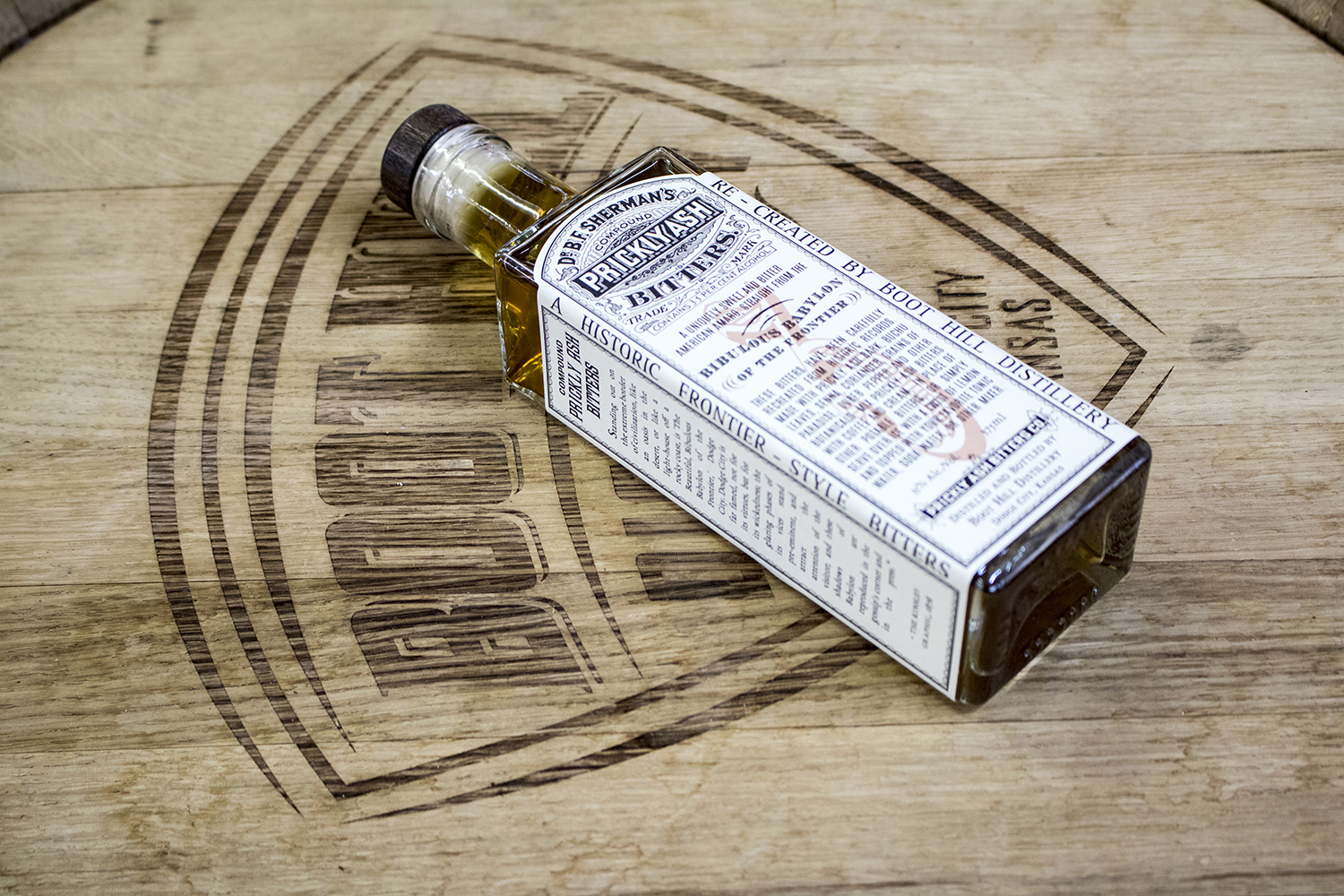 Mark A. Vierthaler, Director of Marketing

DODGE CITY, Kan. — It’s probably the most indelible image of the Old West.

Prickly Ash Bitters – the company defunct and their product out of production since the 1910s – now finds a new life as uniquely sweet and bitter American amaro produced by Kansas' only soil-to-sip distillery, Boot Hill Distillery.

“We’re very excited to be bringing Prickly Ash Bitters back to the market,” said Mark A. Vierthaler, Director of Marketing/Distiller. “It’s one of the most famous images of Dodge City, and Prickly Ash Bitters has long been tied to our city’s history.”

“It’s hard to describe what exactly Prickly Ash Bitters tastes like if you’ve never had it,” said Boot Hill Distillery Founder and CEO Hayes Kelman. “There’s a hint of pine from the juniper, a cooling menthol note, and then a slight numbing effect from the prickly ash bark.”

Not to worry though. The numbing is supposed to happen. In folk medicine, prickly ash bark (Xanthoxylum americanum) was often called the “toothache tree,” as the bark’s numbing properties could be used as a localized anesthetic.

The path to bring this historical potable to market began a year ago, after Boot Hill Distillery leadership discovered the original recipe to the classic potable. The next step was finding the proper ingredients, proportions, and ensuring that the final product was something the modern drinker would enjoy.

And seeing as one of the most famous images of Prickly Ash Bitters ties in with Dodge City’s Front Street, it only made sense to pair with Boot Hill Museum, just down the hill from the distillery.

“A dollar of every bottle of Prickly Ash Bitters that is sold in The Tasting Room will go to Boot Hill Museum,” Kelman said. “It’s a great way to support another local institution.”

Prickly Ash Bitters from Boot Hill Distillery will be available inside The Tasting Room at 501 W. Spruce St. starting Friday, July 28 and in Kansas liquor stores in early August.

For more information, call Director of Marketing Mark A. Vierthaler at 620-371-6309 or email him at mark@boothilldistillery.com.