Right here. Underneath your feet. This is the original Boot Hill Cemetery. From 1873 until 1878, Dodge City’s gunfighters, scofflaws, and soiled doves were interred when they met their unceremonious end.

In 1878 the bodies were moved to the municipal cemetery, and Dodge City’s first multi-room schoolhouse was erected. Known as the Third Ward school, it served the students of Dodge City until 1927. As Dodge City’s population grew and new schools were built, the Third Ward had served its purpose. The building was razed and planning began for what would become the Municipal Building - where we currently stand today.

When the building opened in 1929, it housed City Hall, municipal courtroom, judge’s chambers, jail, fire department and police department. Over the years it has also housed the Chamber of Commerce, Convention and Visitor’s Bureau, and charities.

We’re proud to be continuing the legacy of Boot Hill and Dodge City. 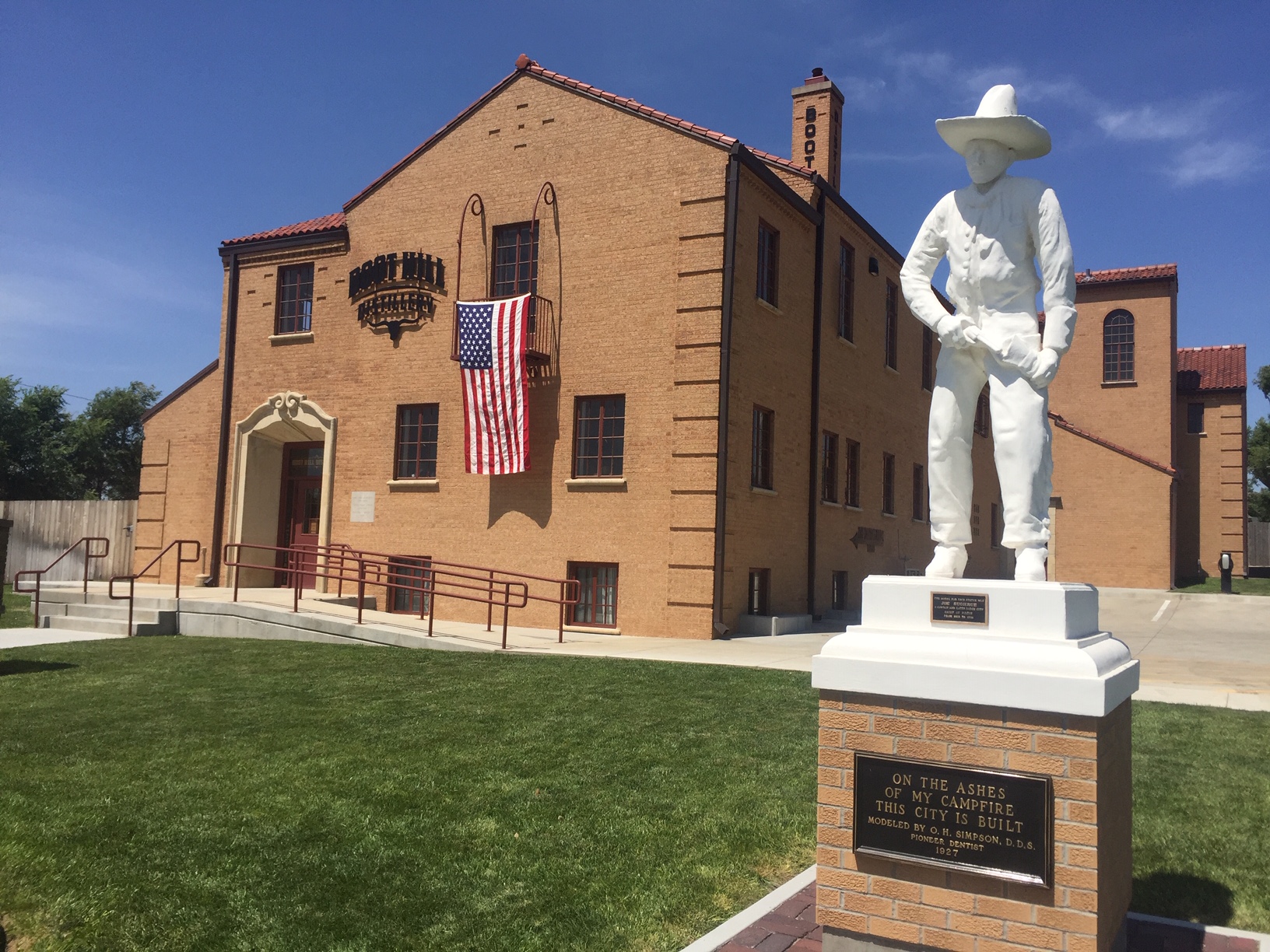 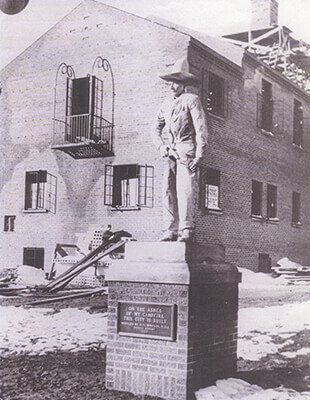 (The hill in the background)