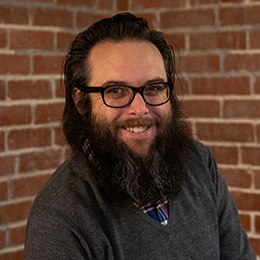 Lee has been with the distillery almost since the beginning giving tours at the grand opening in 2016. He didn't officially joined the BHD team until 2017 after leaving a nearly two decade long career in the car business as service and parts advisor and manager.

You'll mostly see him traveling the state sharing our spirits at events and tastings.  If you see the distillery van out in the wild, take a pic send it to him!

Lee has a long-time background in the retail liquor business and bartending. In addition he is a member of the Depot Theater Company of Dodge City serving in both on and off stage roles.